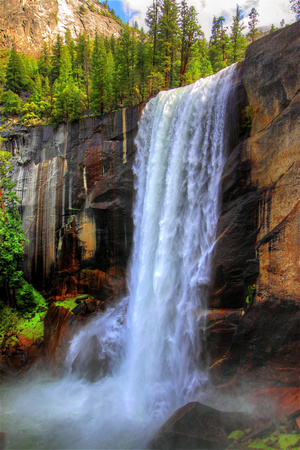 Despite the renewal benefit of Vernal Fall, and so many other falls of Yosemite, one must never forget their footing or take lightly any such force of nature. When I photographed this waterfall in June of 2011, 3 people had already died in this park due to water-related incidents -- 2 just a week before my arrival at Wapama Fall. And to punctuate the point, just a mere month after shooting this image, in July 2011, 3 more people went to watery graves right over this exact same fall. Why? Not due to any fault of the Park. In each case poor decisions were made, despite the multitude of warnings posted in a multitude of languages.
© 2023 John Morey Photography
Powered by ZENFOLIO User Agreement
Cancel
Continue