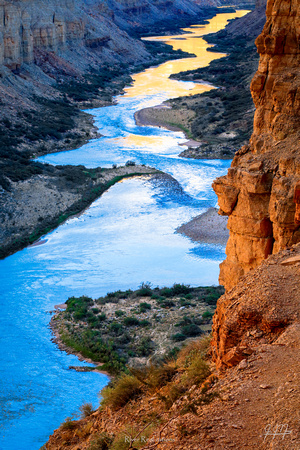 The Realization Of My Insignificance

“If anybody is not blown away by the Grand Canyon, they won’t be blown away by Judgement Day, either. To spend the night on rocks that have been warmed to 120 degrees by the sun, to feel the incredibly insistent and very dangerous Colorado River rush by you, to be down in the depths of the Grand Canyon with no one around you but your own party, you begin to feel your own insignificance. At the same time, you are made larger by that realization.” ~ filmmaker Ken Burns, to Arizona Highways Magazine

While hiking from the bottom of the canyon to the Nankoweap cliff-ruins, I stopped to embrace my insignificance, and as usual felt larger for that realization, as I photographed the late afternoon reflections on the flowing Colorado River.
© 2022 John Morey Photography
Powered by ZENFOLIO User Agreement
Cancel
Continue