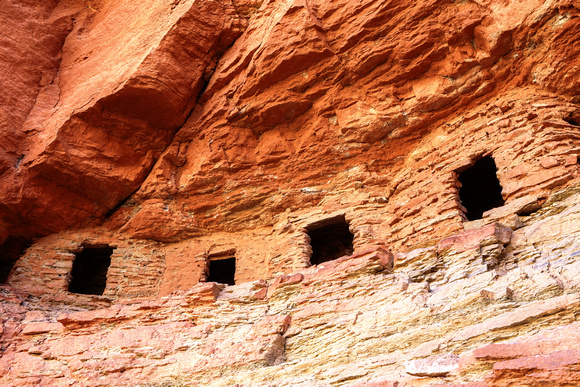 Despite the geologic mysteries surrounding its creation (or continued existence), archaeological findings show that the alluvial fan delta below these ruins clearly provided a habitat for historic inhabitants. Archaeological investigation of this river delta area, including the granaries nestled in the cliffs above the river. Scientists found corncobs, a pumpkin shell, and pumpkin seeds inside the granaries. The people who inhabited the delta harvested these and other crops between 1050 and 1150 A.D.

Photographed at the Nankoweap Granaries, above the Colorado River while traveling through the Grand Canyon.
© 2021 John Morey Photography
Powered by ZENFOLIO User Agreement
Cancel
Continue