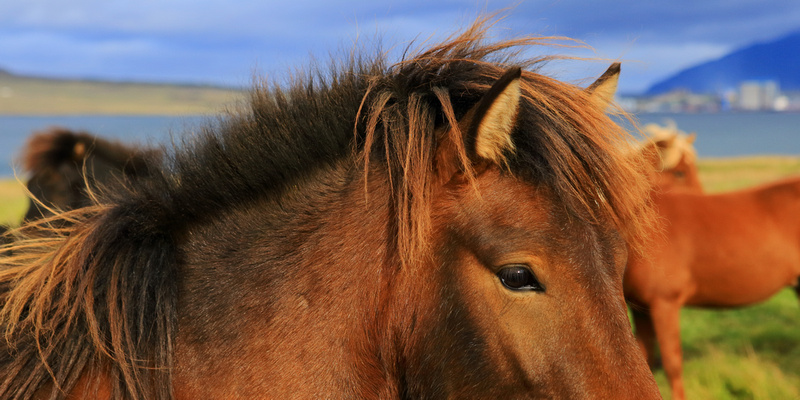 When I first starting thinking about booking passage to Iceland, I wanted to do a little research on my own to find out some various factoids of what Iceland was famous for, and then see how many of those things of interest I could cross off my list. Not all of these things I knew would interest me, and many of them I already had a sense of, but it was a curious inquiry anyway while preparing. In surfing around on the web asking this question, never did the answer “Icelandic horse” come back to me as a main point. I was aware there were Icelandic horses, but I was not really aware of what that meant, and in the absence of any major distinction about them when asking what the country is famous for, I sort of forgot all about them once I started packing – except for knowing I probably better bring some big glass just in case. Let’s put it this way, if I got to see and photograph some then great, otherwise my feeling was “let’s get to those waterfalls and geysers”. In my very informal research of what Iceland was famous for, I found the following answers:

Well, that is enough, you sort of get the picture. Perhaps what impresses me the most, besides the natural beauty of the country, are the last 2 bullet points…stuff that has been going on and still relatively the same for over 1000 years! And with that in mind, I am throwing Icelandic horses into the list for very good reason.

Icelandic horses weigh between 730 and 840 lbs, standing on average between 13 and 14 hands (52 and 56 inches) high, which is often considered pony size, but don’t you dare say that to an Icelander – breeders and breed registries always refer to them as horses, and you are likely to get scolded if you make the mistake while talking to a local. The legs are strong and short, with tall manes and tails that are full with coarse hair.

I personally think the most beautiful aspect of them are their manes and tails, both long and flowing in the wind, as well as beautifully colored. It is known to be hardy and an easy keeper, with a double coat developed for extra insulation in cold temperatures. The breed comes in many variations of coat colors (42), patterns (over 100), and even differences in eye color (several have mysterious blue eyes that almost look like glass); each distinction exalted by the culture, evidenced by the fact that there are over 100 names for the various colors and color patterns in the Icelandic language. That reminds me of how North American Eskimos have over 100 names to describe their snow…in short the Icelanders are serious and extremely proud of their horses and with good reasons.

The earliest Norse people venerated the horse as a symbol of fertility. When these settlers arrived in Iceland, they brought their beliefs and their horses with them. Horses played a significant part in Norse mythology, and several played major roles in the Norse myths; among them the eight-footed pacer named Sleipnir, owned by Odin, chief (all-father) of the Norse gods in Asgard. To the medieval Icelander, these horses were often considered the most prized and indispensable possession of a warrior, next to their clubs, axes, and swords. War horses were sometimes buried alongside their fallen riders, and great stories were told of their deeds. They played key roles in later-written Icelandic sagas; Hrafnkel's Saga, Njal's Saga, and Grettir's Saga. Although written around the 13th century, these three sagas are set as far back in time as the 9th century. 9th Century??? That is way over 1000 years ago. So how did these horses get here?

The ancestors of the Icelandic horse were probably taken to Iceland by Viking-age Scandinavians between 860 and 935 AD. The Norse settlers were later followed by immigrants from Norse colonies in Ireland, the Isle of Man, and the Western Isles of Scotland. These later settlers arrived with the equine ancestors of what would elsewhere and later become Shetland, Highland, and Connemara ponies, which were crossed with the originally imported animals. But even before they got to Iceland, these original breed stocks were also influenced by the Mongolian Horse long before that. Genetic analysis has revealed links between the Mongolian and the Icelandic horse, and if you know anything about Mongolian horses, you might start to have an “ah-ha” moment. Mongolian horses are believed to have been originally imported from Russia by Swedish traders, and this imported Mongol stock subsequently contributed to the Fjord, Exmoor, Scottish Highland, Shetland and Connemara breeds – all of which as I stated above have been found to be genetically linked to the Icelandic horse. So with all this variance in the breed’s original stock over 1000 years ago, one might wonder why are the modern-day breed is considered so genetically pure.

Over 900 years ago, attempts were made to introduce eastern blood into the Icelandic horse, resulting in a poor degeneration of the stock. In 982 AD the Icelandic parliament of the time (Alþingi – anglicised as “Althing”) passed laws prohibiting the importation of horses into Iceland, thus ending crossbreeding. No foreign breed stock could be imported, and any that were exported were never allowed back. As a result of their isolation from other horses, disease in the breed within Iceland is mostly unknown. The breed has now been bred pure in Iceland for almost 1,000 years!!! From that initial point on, it really came down to Natural selection in such a harsh environment to make the breed what it is today, when large numbers of horses died from lack of food due to volcanism, and exposure to the harsh elements. This Natural selection was combined with selective breeding of the stock that survived to initially produce these hearty and robust beasts. Between 874 and 1300 AD, during the more favorable climatic conditions of the medieval warm period, Icelandic breeders selectively bred horses according to special rules of color and conformation. From 1300 to 1900 when the climate became more severe again with lots of horses and people dying for various reason, selective breeding became less of a priority, as basic survival became paramount again. As a punctuation to this difficult time, between 1783 and 1784, around 70% of the horses in Iceland were killed by volcanic ash poisoning and starvation after the 1783 eruption of Lakagígar. The eruption lasted eight months, covered hundreds of square miles of land with lava, and rerouted or dried up several rivers. During the next hundred years, the population slowly recovered, and from the beginning of the 20th century selective breeding again became important. The first Icelandic breed societies were established in 1904, and the first breed registry in Iceland was established in 1923.

In Europe, where the breed is in high export demand, the Icelandic horse is <Click here to read my blog story on Icelandic Horses to get the rest>. 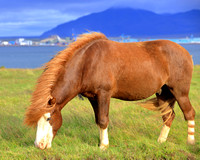 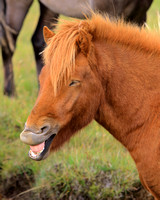 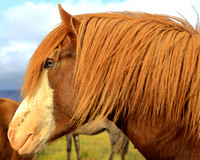