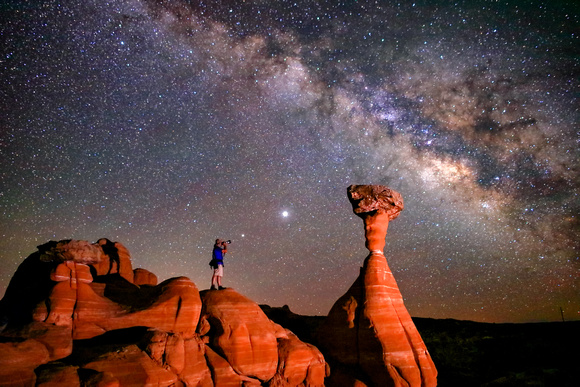 "I had always seen myself as a star I wanted to be a galaxy." ~ Twyla Tharp

The Burn Of Collapse And Expansion

"Never apologize for burning too brightly or collapsing into yourself every night. That is how galaxies are made." ~ Tyler Kent White

Two years ago this month, after previously losing most of what was important to me (wife, home, island, community, close-friends) and trying to get settled alone in a 4 bed house I can't really afford in a place I hardly know anyone, and isolated due to covid, I got the final crushing blow, which was the Covid-related death of my 20+ year career as a software quality assurance engineer. That job was the only thing keeping me focused and moving, being in shark mode -- a personal mode described as never stop moving or else I might die -- like a shark. What burned, perhaps more than the loss of income, was knowing that everything I developed and did for that company the previous 13 years, was also axed. My entire department went away, the product I supported put out to pasture, and every single policy, process, and thing I developed for them was also thrown away...literally no ego-related legacy to live on. That was really hard to swallow when I measured that giant investment of my time invested, especially the last 3 years living remotely, successfully managing one of the highest profile initiatives in the company. To think of every 12-hour day and 6- or 7-day work week I chose to give them, instead of to my wife, I realized my folly and that I lost the only job that mattered, which was just to always love my wife. Between the job and marriage, I hardly ever had time for my photography or my writing over those 3 years, and so my semi-professional career as a photography artist suffered a great deal, losing relevancy and following and down to 0 income.

It was at this point that I made the decision to go full time as an artist, investing tons of money I didn't have retooling. I turned my home back into a vacation rental, and started living on the road with my dog and ice coolers out of the Jeep, building my portfolio and attempting to become relevant again. From May to the end of 2020, that equated to 150 nights away living in the great outdoors. For 2021, that increased to 220 nights away! That first three months, adjusting to this completely new lifestyle, was particularly difficult to put it mildly. The wilderness was probably the safest place for me and everyone else though, as I raged regularly at nothing and everything, while trying not to lose the last tethers to my more enlightened self. The duality I felt out there, and since, is really what drives my artistry now, and it can be found in most of my work since. This was one of the first things I produced and wrote in those first 3 brutal months. In addition to my duality themes, this also ticks other themes of my bodies of work around erosion and decay, and around rebirth, reemergence, and expansion. I hope you enjoy this limited edition, as well as the lessons I pass on.

Part of me burns bright, expanding in light without fight,
being responsible for my own heart-churn.
Another part burns out of sight in plight, being right,
collapsing in stern self-spurn.

It's a choice I know. Which way will I turn?
Unapologetically, either way I'll burn.
I'll figure it out after I collapse again for the night,
in the morning as I strike my rocky bed-roll camp-site." ~ Jack Mountain

Welcome to the Grand Staircase-Escalante National Monument.
A Delaware-sized museum of sedimentary erosion that walks you down through a 200-million-year-old staircase of animals (that’s us!), minerals and vegetables— a.k.a the longest, slowest front porch ever.

Depending on where you stand, Grand Staircase–Escalante National Monument has been quietly doing its thing for between 275 million and 50 million years. But it’s relatively new to us humans: It was the last part of the lower 48 United States to get cartographed, and once people started poking around, they realized they were dealing with an un-spent wealth of ancient and modern science and culture. President Bill Clinton set it aside as a national monument in 1996 because its untrammeled significance distinguishes it for researchers and explorers alike. So don’t trammel it.
All Rights Reserved
Powered by ZENFOLIO User Agreement
Cancel
Continue