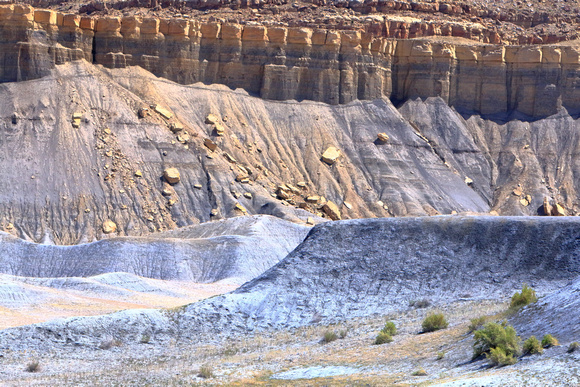 “We are often unaware of the gradual decline and the erosion in our lives but not unaware of the gnawing feeling it brings.” ― Eric Samuel Timm, Static Jedi: The Art of Hearing God Through the Noise

"We" are often unaware. I am not. The gnawing feeling of awareness, is it blessing or is it curse? Oh to be these ancient landforms, built in moments and eons to erode out of existence without cares, hopes, dreams, or fantasies for how grand things used to be. Gnawing it feels not, it is just gnawed, and to that end quite content it seems. I admire it.

Welcome to the Grand Staircase-Escalante National Monument.
A Delaware-sized museum of sedimentary erosion that walks you down through a 200-million-year-old staircase of animals (that’s us!), minerals and vegetables— a.k.a the longest, slowest front porch ever.

Depending on where you stand, Grand Staircase–Escalante National Monument has been quietly doing its thing for between 275 million and 50 million years. But it’s relatively new to us humans: It was the last part of the lower 48 United States to get cartographed, and once people started poking around they realized they were dealing with an un-spent wealth of ancient and modern science and culture. President Bill Clinton set it aside as a national monument in 1996 because its untrammeled significance distinguishes it for researchers and explorers alike. So don’t trammel it.