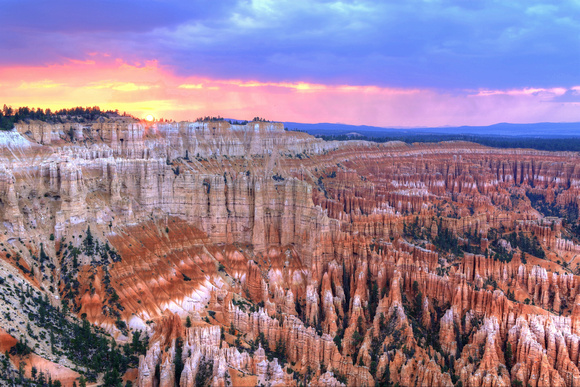 A Hell Of A Place To Lose A Cow

A land that captures the imagination and the heart, Bryce is a favorite among Utah's national parks. Although its splendor had been well known for decades, Bryce Canyon wasn't designated a national park until 1928. The park is named for Ebenezer Bryce, a pioneer cattleman and the first permanent settler in the area. His description of the landscape not being hospitable to cows has oft been repeated. Even more than his famous quote, however, Bryce Canyon is known for its fanciful "hoodoos," best viewed at sunrise or sunset, when the light plays off the red rock.