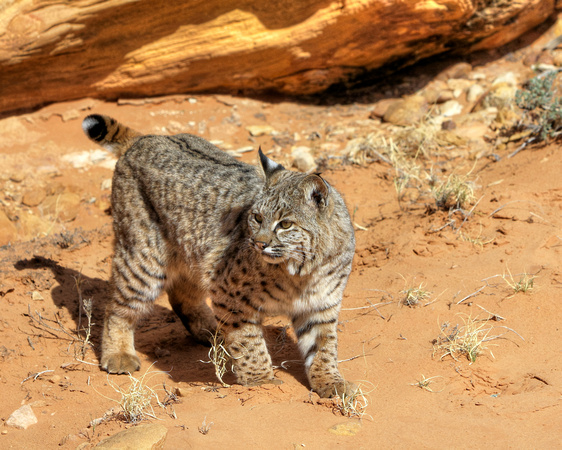 Bobcats are generally seen alone, but groups may consist of mating pairs, siblings, or mothers with kittens. Bobcats are most active around sunset and sunrise, and it is not uncommon to find one napping under a shrub in a brushy backyard. Individual bobcats will defend a territory of one to 12 square miles. They mate in late winter and then their separate ways. The male may range over fairly large territory in the late winter mating with up to five or six females who occupy smaller territories.

This Bobcat was recently photographed in Navajo lands. Bobcats are named "Náshdóíłbái" in the Navajo language and are respected and greatly honored by the Navajo People.
© 2020 John Morey Photography
Powered by ZENFOLIO User Agreement
Cancel
Continue