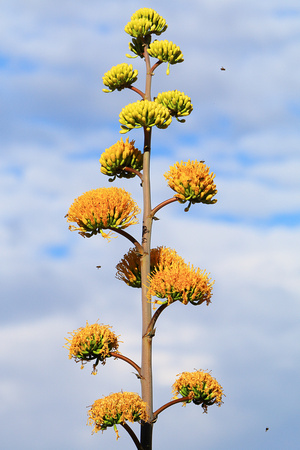 Agave americana, common names century plant, maguey or American aloe is a species of flowering plant in the family Agavaceae, originally native to Mexico, Arizona and Texas, but cultivated worldwide as an ornamental plant. It has become naturalized in many regions including the West Indies, parts of South America, the Mediterranean Basin, parts of Africa, India, China, Korea, Thailand, New Zealand, Australia and an assortment of oceanic islands. Despite the common name "American aloe", it is not closely related to plants in the genus Aloe.