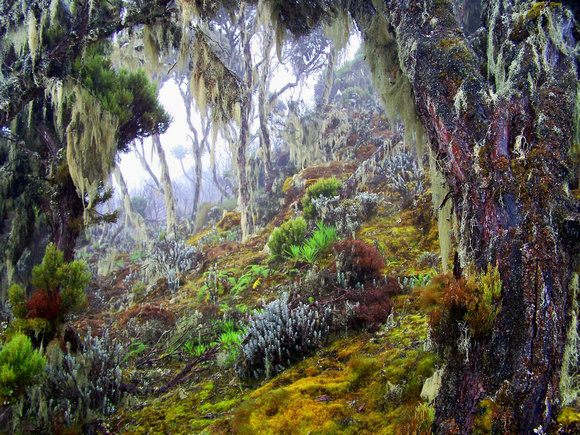 Tanzanian Dream (The Dream That Started It All)

"All men dream, but not equally. Those who dream by night, in the dusty recesses of their minds, awake in the day to find that it was vanity. But the dreamers of the day are dangerous men, for they may act their dreams with open eyes to make it reality." ~ T.E. Lawrence

It was a dream for me to succeed the ascent of Mt. Kilimanjaro. The first time I attempted, it was 1979 and I was just a 12 year old boy with his father making the climb. The elevation of the mountain was 19,120, but it was the 17,500 point and just a few hours from the summit, when I fell prey to altitude sickness and had to give up. The dream never died to complete that climb, it just got really dusty on a back shelf in the closet of my brain. Maybe someday I would try again.

In January of 2007, I found myself unemployed with a nice severance package, so I dusted off that old dream and made it a reality. This time I would not fail…I couldn’t, I wouldn’t, I must not! For the stakes this time were much higher. Not just higher because it was my second attempt, or because I was spending all my severance money without a job to come home to, but higher because this time I was dedicating the climb to my now deceased father, John Bruce Morey (the first). Fast Forward 3 months…

By the time April of 2007 rolled around, I had already been traveling across Southern and Eastern Africa for 4 weeks, and the time had finally come for good old Kili. I’ll spare you all the details of the 5 day ascent and 2 day descent, other than to let you know I was successful and found a new level of “completeness” with myself and especially my father.

It was on day 3 of my ascent, when I entered this climate zone that most of the time lived in cloud level of the mountain. Almost always wet, with diffused light, and landscape that was quite alien to me. Separated from my party and exhausted from my recent push up a very steep incline of many hundred feet, I bent over to catch my breath while trying not to vomit. In that moment of great pain and discomfort, I was also quite content and enjoyed the aliveness I felt. I looked up to see this magical scene. It was like a dream. Putting my pain aside, I rushed to ready my camera, for the mist was moving and the scene was changing…I had so little time. I got the shot and knew instantly this was going to be something very different. The ending of this realized dream laid the foundation for many more dreams over the next 5 years to present.

One of those dreams was to finally “Learn” photography and find an artistic outlet for my creativeness. I had always been a shutter-bug my whole life, starting with the Olympus OM-10 SLR my father bought for me as a child. Yet, I never learned anything more than how to shoot in Aperture-priority mode, although at the time I did not even know it was called that. I just knew I had to move the dial till my shutter was at least 1/120 sec or faster to get a decent shot…did not even understand what an aperture was. I always felt a little stopped by not understanding the camera itself, and always felt a little intimated about trying to learn it and the math behind it. All I had going for me is what people have told me my whole life…which was that I had an eye. Getting the exposures right was never my strength. Composing them was.

It was primarily this image, along with several others from that trip that finally made me say “enough is enough, and I am going to “learn” photography. Since then, I have taken a countless number of extremely good images and have broadened my photography skills and horizons, yet the funny thing is that this image to this day still gets just as much attention as anything I am creating now. It was the first image I ever hung in a gallery. Sure, I took it with a Kodak point and shoot (a really really nice one that emulated a SLR), and yes I had very little idea of how to work the damn thing outside of automatic mode, but sometimes none of that matters when you are lucky. Then again, I firmly believe that luck = opportunity + preparation, so the case can be made I was preparing for that shot and many others for over 25 years and finally the opportunity showed up.

I dream a lot now…never in my sleep, always when awake. I’ve got big dreams and big actions to follow. I’m curious where I’ll be 5 years from now in 2017.

Be a “yes”-man, or woman, to your dreams and desires, because each “yes” whether you achieve it or not will lead to your next dream(s). Kiss your imagination’s ass and hug the adversity you face. Believe that you are in charge of your luck. Act like what you want is what you already have and then look beyond it to what is next, and again next after that.
© 2021 John Morey Photography
Powered by ZENFOLIO User Agreement
Cancel
Continue