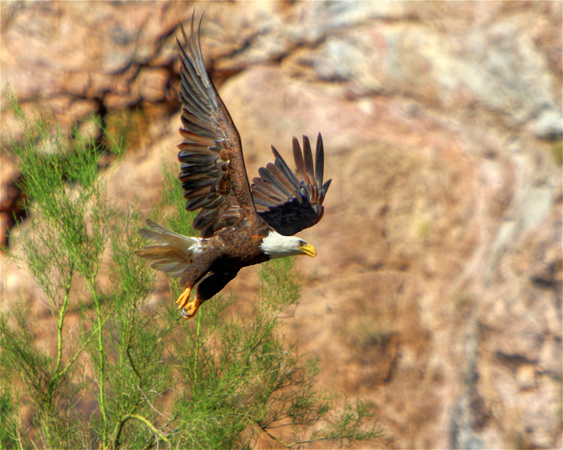 Photographed on the cliff-banks of Canyon Lake, Arizona.

Bald eagles in the Sonoran Desert are officially threatened no more. The U.S. Fish and Wildlife Service removed them from the list of endangered and threatened species in September of 2011. The long-expected move - it essentially took effect the year before in 2010 with a federal court ruling. The ruling came a day after the Arizona Game and Fish Department reported record numbers of bald-eagle eggs laid, breeding areas occupied, and eaglets taking flight in the state. They are such a great success story, and noticeably so in the past few years, that it would be an unusual day for me to look for them and not find them.
© 2022 John Morey Photography
Powered by ZENFOLIO User Agreement
Cancel
Continue