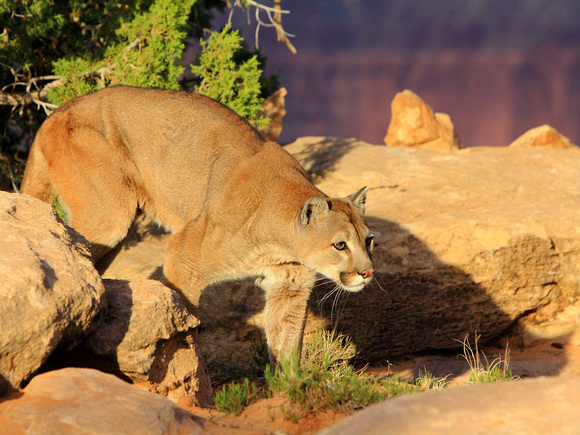 "If you are a deer, they are aggressive, but we are something that they don't want or need. But even if you have never seen a mountain lion, there is probably a chance that a mountain lion has seen you."~ Troy Swauger

This cat was photographed in Northern Arizona, on Navajo lands. In regards to the Symbolism, Lore and the Native American Experience with Cougar, known as Nashtuítso, there is much to learn for those who have the cougar spirit medicine totem in their lives. The cougar is very elusive and is rarely encountered in the wild. Because of this quality, cougar can appear without being noticed and quietly take control of a situation. Sometimes this can lead to conflict with others over territory. It is often noted as an animal that is independent, shy and withdrawn. The same characteristics are often found in people with this medicine.
© 2022 John Morey Photography
Powered by ZENFOLIO User Agreement
Cancel
Continue